Many people find the Amazon rainforest and river to be fascinating, and we understand why. Other than being the World’s largest rainforest, the Amazon is home to the most fascinating plants and animals.

The Golden lion tamarin monkey, poison dart frog, Kapok trees, and Bromeliads are a fraction of the rarest animal and plant species indigenous to the Amazon rainforest. Let’s not forget that this rainforest is also home to the world’s most voluminous river, the Amazon River.

It’s no wonder thousands of people add visiting the Amazon forest to their bucket list. But is the Amazon a safe place to visit?

You cannot visit the Amazon rainforest and river without a guide. For starters, the guides ensure that tourists don’t damage or harm the life present in the forest and river. These guides also understand the forest. As such, they will help you steer clear of the various dangers you may come across during your visit.

But even with a guide, you should be aware of the danger that lay hidden in the Amazon. Here is a list of dangerous animals and plants to look out for while in the Amazon.

The Amazonian giant centipede is the world’s largest centipede species. It can grow up to 12 inches in length. This centipede can be brown, red, yellow, black, or brown and has dark stripes between segments and yellow legs.

Due to their exposed cuticle, the giant centipede prefers living in humid areas. You will, therefore, find it in the soil, under rocks, or in rotting tree trunks near the river. Although the Amazonian giant centipede preys primarily on small invertebrates, it can be a threat to anyone in the forest or river.

Only one human death case in the world has been attributed to the venom of the Amazonian centipede. Even so, the giant centipede’s venom is toxic to humans.

Symptoms of being bitten by this centipede include chills, fatigue, swelling, and severe pain.

The bullet ant is a small, red-black insect common in the Amazon rainforest. Despite their small size, bullet ants are the largest among the ant species. They are also the most abundant creature in the Amazon Forest.

These ants build their homes on the forest floor where they can easily look for food. Bullet ants are not aggressive and will only attack humans in self-defense.

Venom from the bullet ant cannot kill humans. Even so, it results in a burning sensation, severe muscle contractions, and extreme pain. This ant can also sting its victim several times, injecting its venom repeatedly. 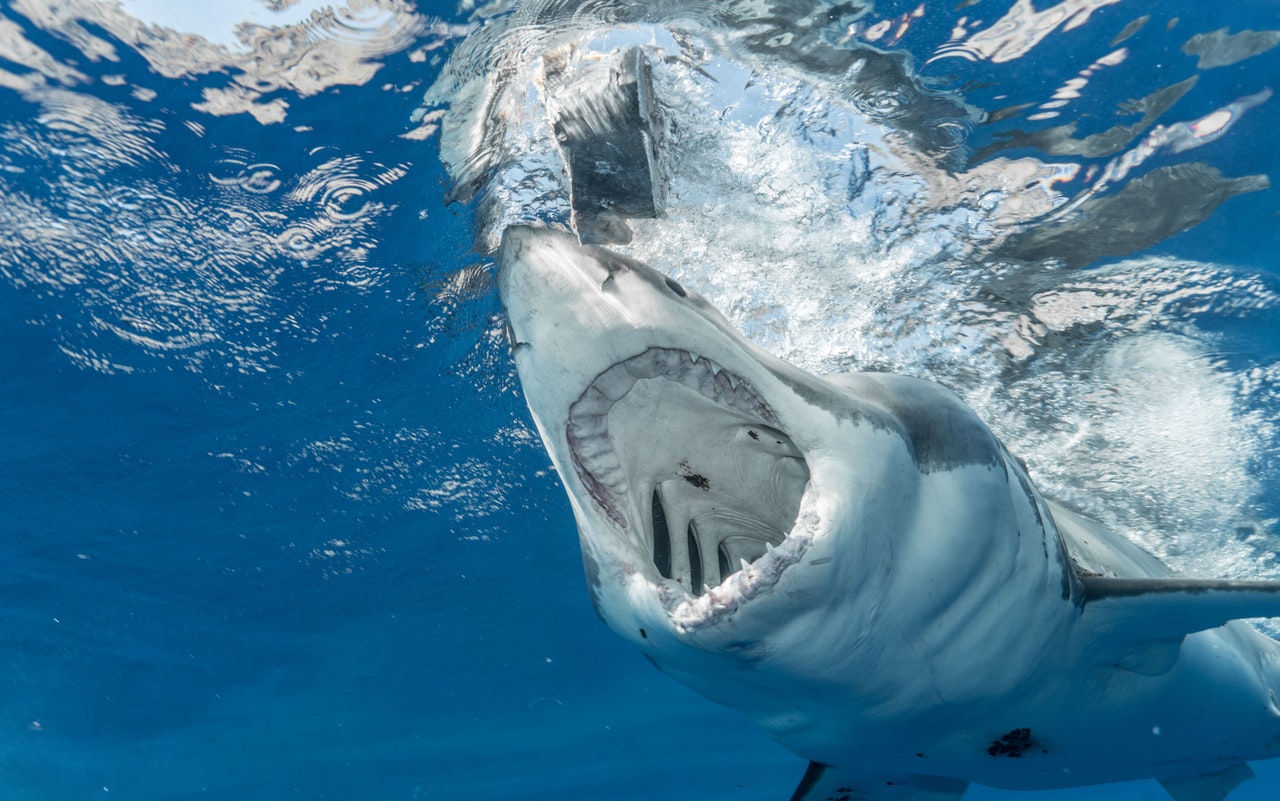 Bull sharks are common worldwide. They don’t frequent the Amazon River but can be a threat when they do.

Many experts describe the bull shark as the most dangerous shark in the world due to its temperament and adaptations. Bull sharks are the most aggressive in the shark species. Their instinctive aggression, therefore, means they will attack even without being provoked.

Unlike other sharks, bull sharks can survive in freshwater. They have special glands and kidneys that help maintain salt in their body. As such, they can comfortably swim in the Amazon River for long periods.

Bull sharks also hunt during the day and night. This also increases the chances of contact with people on the Amazon River. 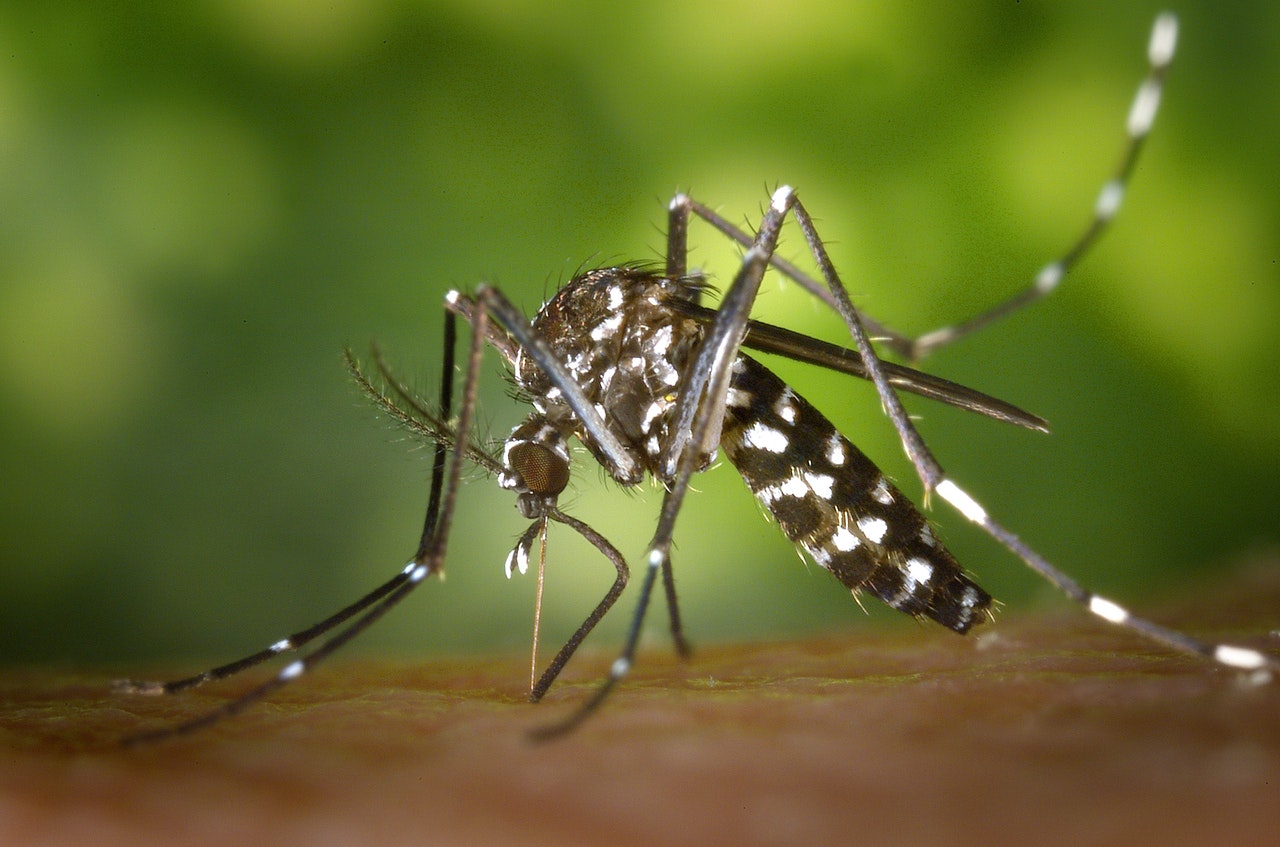 Mosquitoes don’t have venom and neither is their sting as excruciating as that of the bullet ant. Regardless, mosquitoes in the Amazon Rainforest and River are equally dangerous. This is because they are vectors to yellow fever, dengue fever, and, malaria.

Symptoms of these diseases include;

If you’re in the Amazon Forest or river, you can protect yourself from the mosquitoes by; 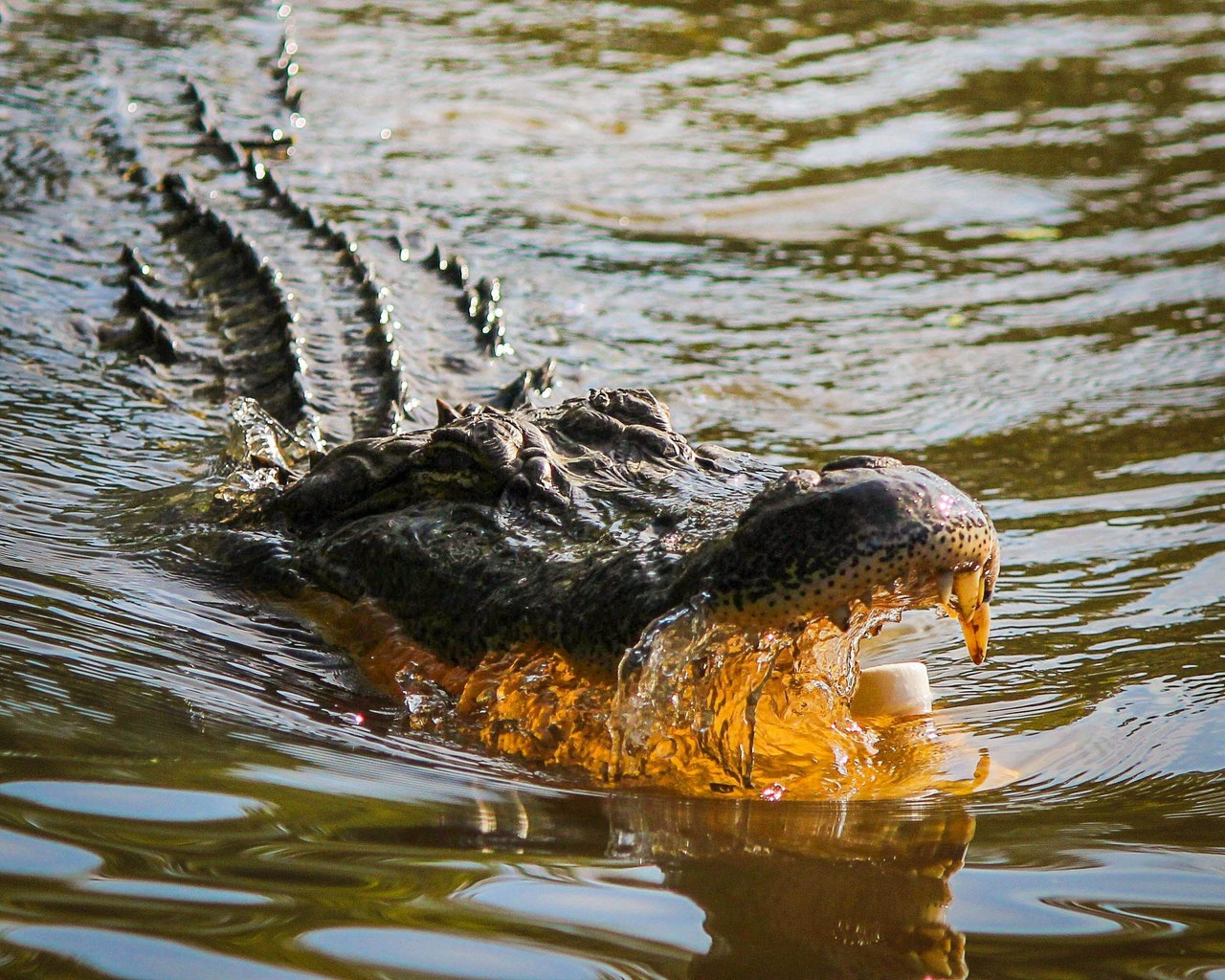 The black caiman crocodile is among the largest predators in the Amazon River. This crocodile species can grow up to 5 meters in length and weigh between 800 to 1000 pounds.

Black caimans aren’t aggressive but are very territorial. As such, they will mostly attack if you invade their territory.

They also pose a threat to people exploring the Amazon River due to their characteristics and adaptations. For instance, black caimans are good swimmers, strong jaws, and are large enough to eat humans.

Although these leeches don’t have any venom, the newly discovered Tyrannobdella rex species can pose a threat to humans. Unlike other species, the Tyrannobdella rex prefers to attach itself to human orifices and dig through tissues with its teeth.

Not all spiders in the Amazon Forest are dangerous. You should, however, look out for the Brazilian wandering spider.

The Brazilian wandering spider varies in color but is mostly brown with a black spot on its underside. They are hairy and their bodies and legs growing up to 2 inches and 6 inches respectively.

Brazilian wandering spiders don’t spin webs. Instead, they wander on the forest floor looking for prey, thus the name ‘wandering spider’. These spiders are also nocturnal and mostly feed on small insects and amphibians, mice, and other spiders.

These spiders are not aggressive and will only bite humans if threatened. According to the Guinness Book of World Records, this is the most toxic spider. If bitten by the Brazilian wandering spider, you will immediately experience sweating, burning pain, and goosebumps.

The symptoms will, however, worsen with time and include nausea, blurred vision, slow or fast heart rate, shock, hypothermia, vertigo, and convulsions. It is, therefore, important to seek immediate treatment when bitten by the Brazilian wandering spider.

Piranhas, also known as Pirayas, constitute over 60 species of omnivorous fish with razor-sharp teeth. Out of these 60 species, 20 inhabit the Amazon River, the red belly piranha being the most infamous.

The red belly piranha grows up to 50 cm in length. It has the sharpest teeth and the strongest jaw of all Amazonian piranhas. They are also among the most aggressive in the piranha species and won’t hesitate to attack.

This is, however, rare as they prefer prey that is slightly larger or smaller than them. The red belly piranha will, however, attack humans when prey is short in supply. They will also attack you if the water level is low and you disturb their spawn.

Piranhas have a great sense of smell and are extremely sensitive to blood. It is, therefore, not a good idea to swim in the Amazon River if you’re bleeding. 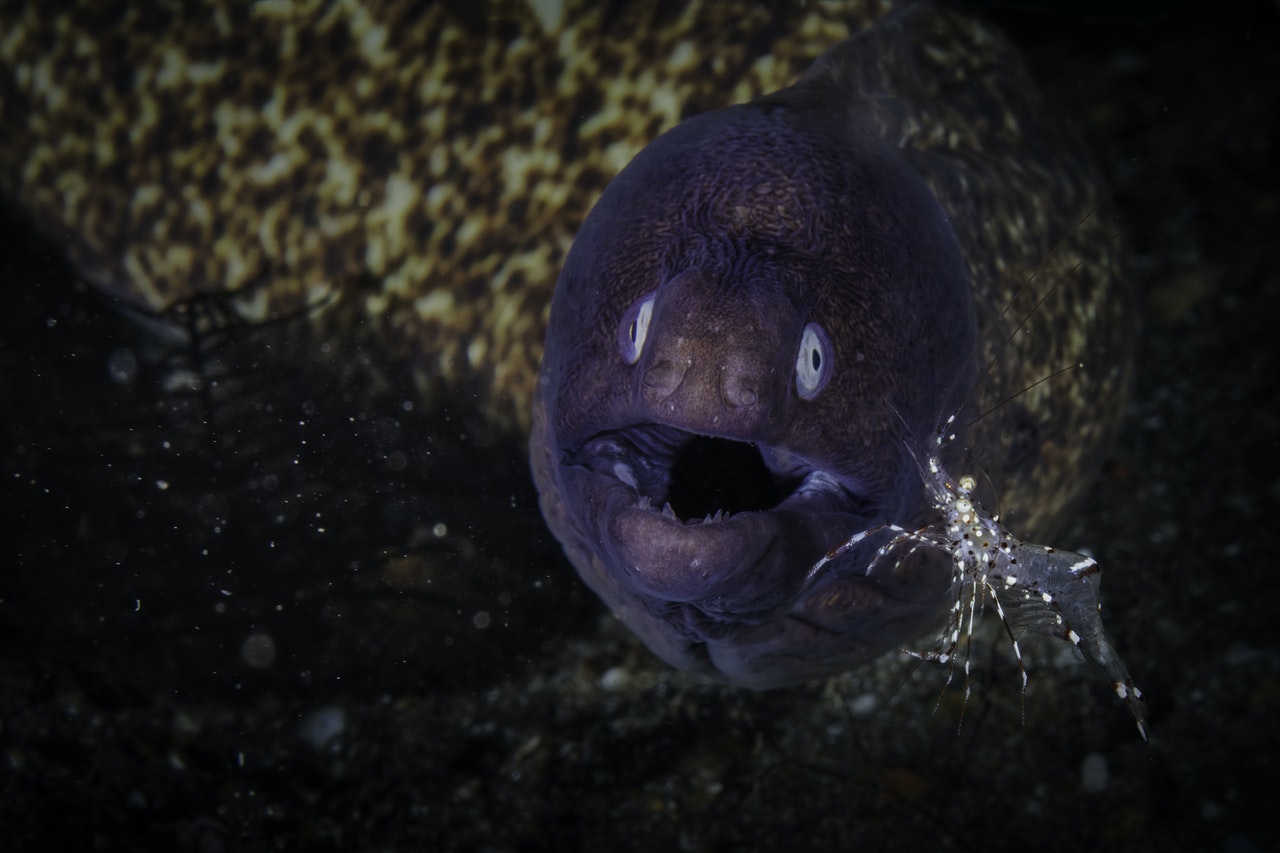 Electric eels are not true eels. Instead, they belong to a group of fish known as Knife fishes. They, however, called so as they have physical similarities with true eels.

These fish are found in the Amazon and Orinoco Rivers.

Electric eels have about 6000 special cells called electrocytes which store electric charge. These electrocytes produce current by discharging simultaneously when the eel is attacking a threat or prey. Electric eels are carnivores and feed on small invertebrates, amphibians, and fishes but never humans.

There are few cases of human deaths that result from electrocution by an eel. A single jolt from the electric eel can incapacitate an adult human and cause them to drown. Several jolts on the other hand can have more severe outcomes such as heart and respiratory failure.

Botflies are large, hairy insects that resemble the common housefly. Although they do not transmit any human pathogens, their larvae depend on mammalian flesh to mature. The botfly lacks proper mechanisms to deposit its larvae inside mammals. Instead, they lay their eggs on blood-sucking insects such as mosquitoes.

These mosquitoes in turn deposit the botfly larvae into the skin of unsuspecting hosts such as humans.

Failure to remove a botfly from your can result in ophthalmomyiasis which can cause extensive eye tissue damage. If left in the skin, the botfly larvae will also continue to feed on your flesh for up to 6 to 10 weeks. They will grow bigger and burrow deeper into your skin tissue, causing intense pain.

There are four species of anacondas in the Amazon River but the largest is the Green or Common Anaconda. These boas are non-venomous and can grow up to 12 inches in girth, 30 feet in length, and weigh over 550 pounds.

The females are larger than the males making them the largest snakes in the world.

The green anaconda prefers to stay underwater. This is because they find it cumbersome to drag their large bodies on land. It is also easier for them to hunt in water than on land.

They mostly prey on large birds and mammals. They kill their prey by coiling around them and asphyxiating them to death. Their jaws have ligaments that stretch to allow them to easily swallow their prey whole.

Although humans are not part of the green anaconda’s diet, the snake still poses a threat. The green anaconda will rarely attack humans and there is little evidence of the killing and swallowing of humans.

However, you should keep an open eye and be cautious around them as they will not hesitate to attack if threatened.

The Bushmaster consists of three species of pit vipers. They vary in color from brown, red, yellow, grey, and even pink.

These snakes have infrared heat sensor pits on both sides of their head, between their nostrils and eyes. Bushmasters are nocturnal hunters and prey on small mammals and birds.

It will, however, attack humans if it perceives them as a threat. Symptoms of a bushmaster’s bite include severe pain, difficulty in breathing, metallic or minty taste, changes in heart rate, and swelling of lymph nodes.

Its venom is so toxic that up to 80% of its victims die even with treatment. 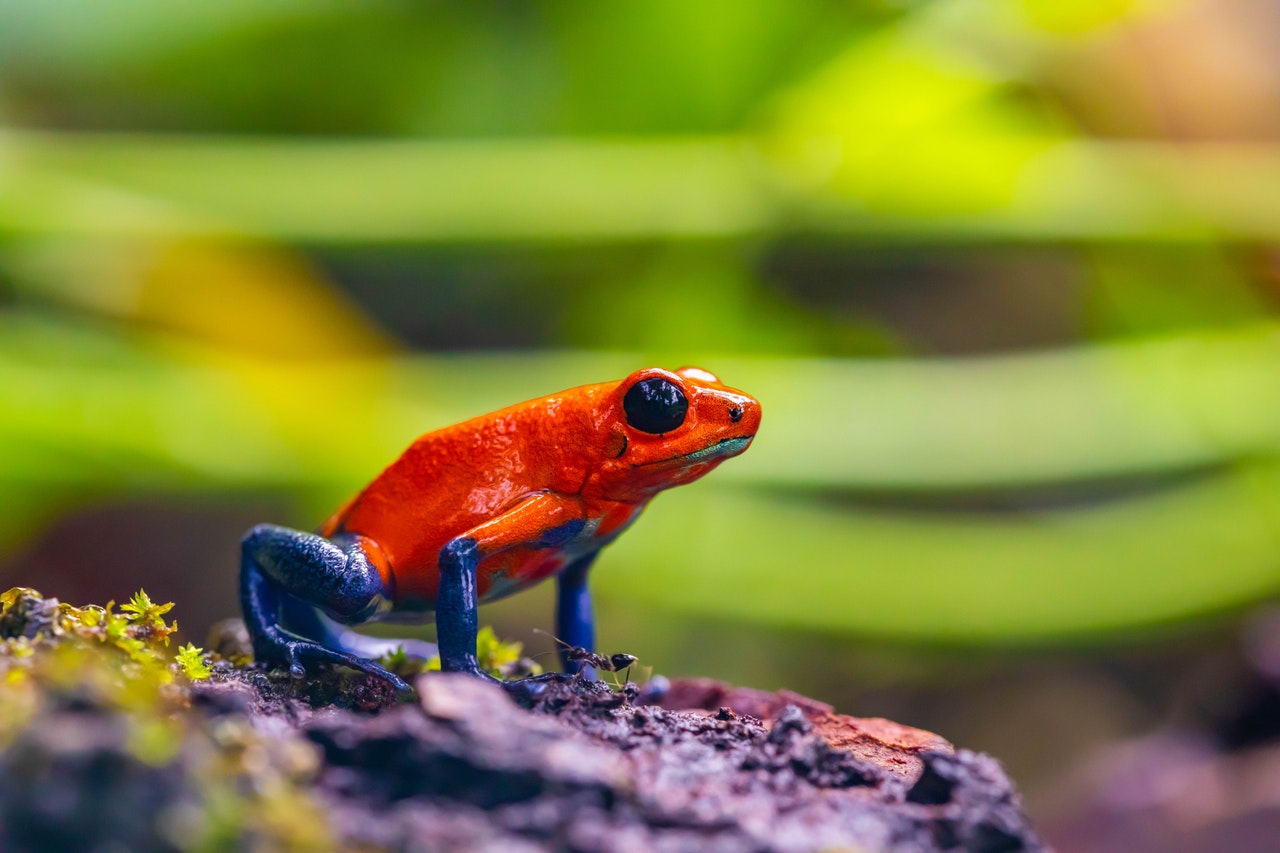 Poison dart frogs refer to a group of poisonous frogs in the Dendrobatidae family native to the Amazon Forest. These frogs are perhaps the most toxic animals on this list and in the world.

The poison dart frogs have a variety of colors ranging from blue, yellow, orange, red, and green. These brilliant colors act as a warning sign against predators and other animals. They are only harmful to humans if contact is made through touch or ingestion.

A single dart frog has enough poison to kill up to 10 men. One person can die from only 2 micrograms of the dart frog’s poison. If you make contact with this frog, its toxins can kill you within 10 minutes.

Although unsure, scientists attribute the poison dart frogs’ toxicity to their diet. This mostly consists of toxic plants and animals.

Most of the animals in this list will hardly attack humans. They will only harm you in self-defense. Even so, you should be very cautious if you come across any of these animals on your trip through the Amazon.

Make sure you keep your distance and leave them be and they will do the same. You should also take necessary measures to avoid and protect yourself from these animals. 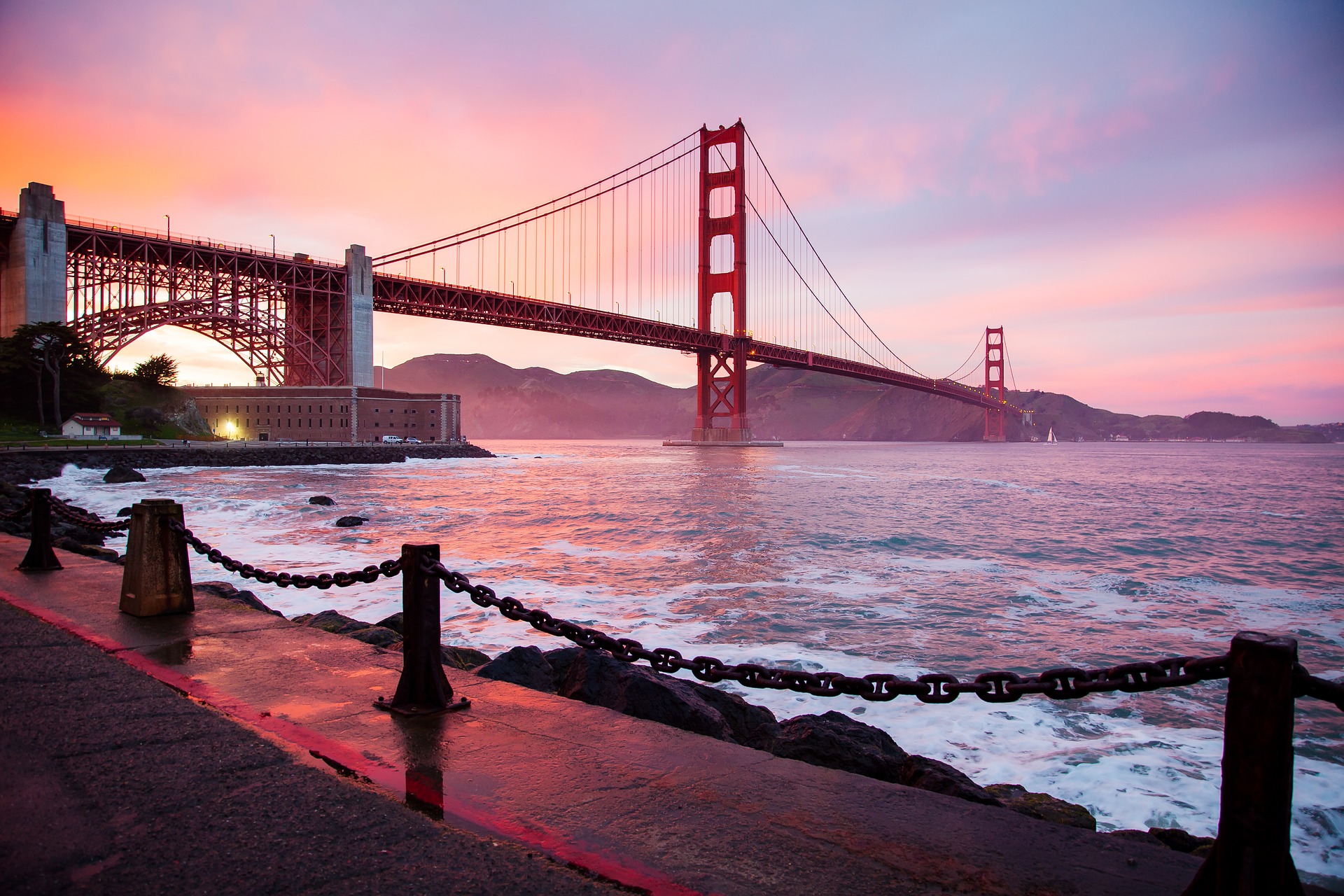 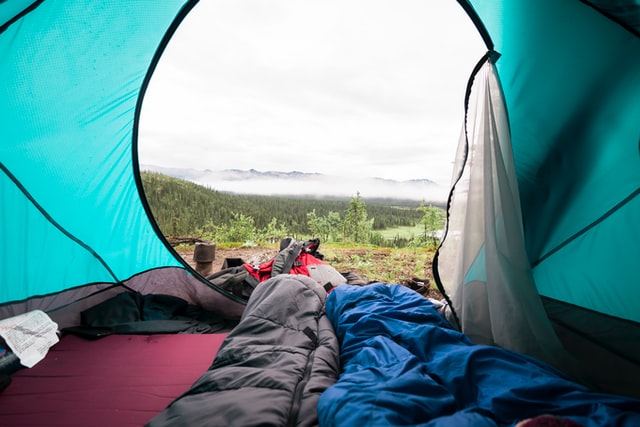